After travelling across the expanse of Canada, Nicole Havrda had a successful first weekend at Mosport, as she took on the best karters in the East.

Nicole topped the time sheets in practice but found herself qualifying lower than normal, partly due to the extensive track knowledge the regular drivers have. “These guys have a lot more experience and they know exactly where the best places to pass and to defend,” she said.

Nicole and her team were also coming to grips with the different handling characteristics of the ROK powered kart. “[Compared to the Rotax], the ROK changed a lot of things. I wasn’t used to carrying a lot of speed into the corner, and you can kinda let the rear end come around a bit, because the engine will just pull you out,” Nicole reported.

“I was also a little surprised to see how close the qualifying times were,” she remarked. The top thirteen drivers were separated by less than one second. In fact, just over one-half second separated second to thirteenth.

In the races, Nicole consistently managed to move up through the pack, with a best finish of seventh out of the fourteen competitors. Unfortunately, the second day’s Final race saw Nicole further back, as she and two other drivers avoided an incident in front of them, causing them to lose positions and then to lose touch with the front group.

“Overall, I’m pretty happy with things,” she said. “I’m looking forward to learning the track better and putting things into place for the Nationals, later this month.” 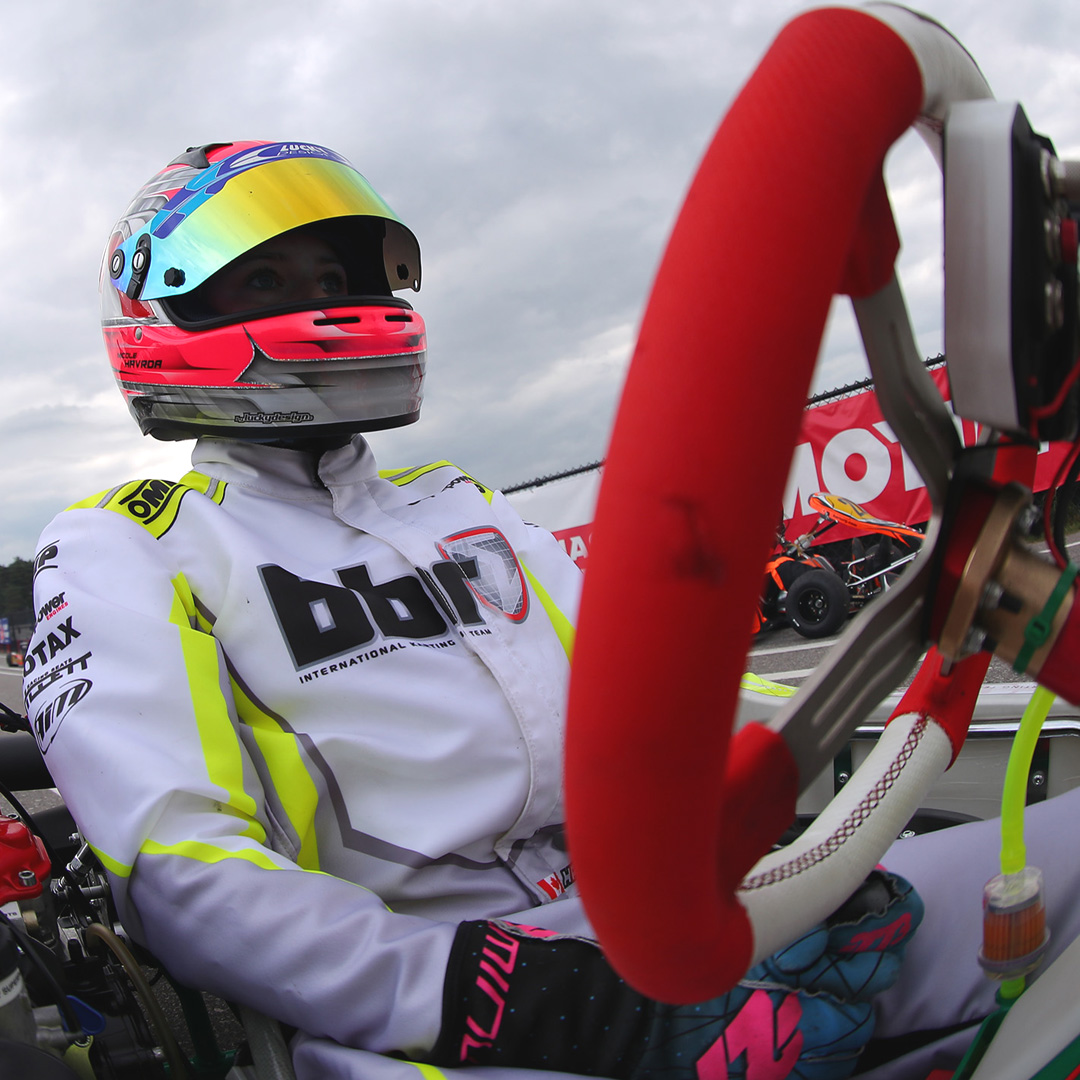