It was a tough weekend for Nicole Havrda as she competed at a double regional karting event at Mosport, in preparation for next week’s Motomaster Canadian Karting Championships.

As part of the preparation, Nicole and her team chose to run with the Rotax engine, instead of the ROK used by the majority of the other drivers.

Saturday saw Nicole qualifying an excellent mid-pack, sandwiched between the faster ROK karts. Unfortunately, at the start of the Prefinal, she was hit by another kart, pushing her into last place. She lost touch with the main pack, but she quickly regained her poise and fought her way to ninth in the short seven lap event.

The Final was even more trying for Nicole. As the drivers raced into the first lap, Nicole was hit again… by the same driver who hit her in the Prefinal! This time the damage was too much and she was out of the race.

Sunday’s event saw Nicole posting excellent times in practice and qualifying. However, the crashes from the previous day had an effect and she finished last in the Prefinal. She lined up to race in the Final, but the engine damage was terminal and she retired the kart on lap one.

Although it was a “character building” experience, Nicole maintained a positive attitude and is looking forward to the Nationals this coming weekend. 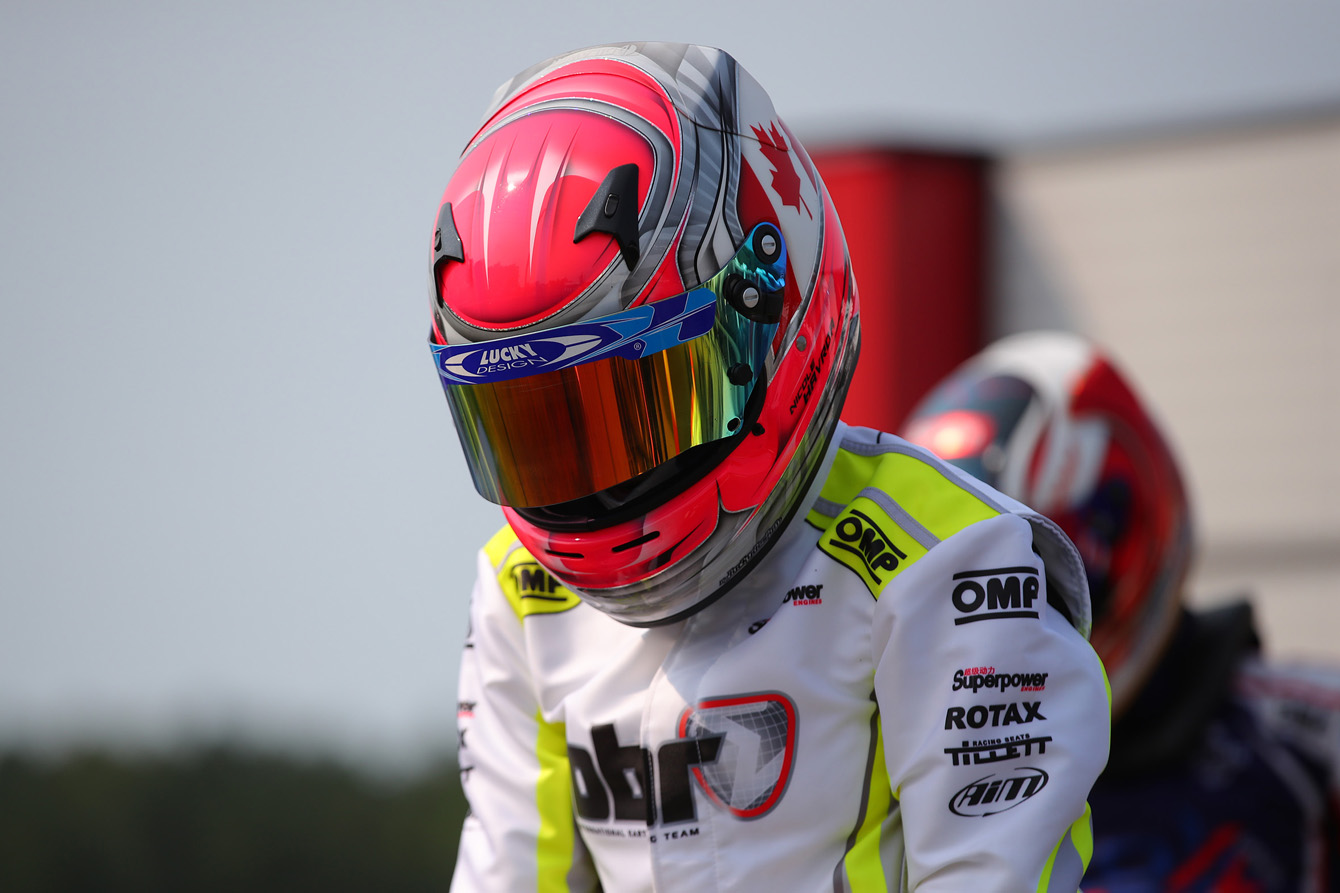